The Den Hertog group studies the function of protein-tyrosine phosphatases in development and disease, using biochemical and cell biological approaches.

Protein phosphorylation on tyrosine residues is an important cell signaling mechanism that has a pivotal role in many biological processes, including cell proliferation, migration and transformation. Cellular protein phosphotyrosine levels are regulated by the antagonistic activities of the protein-tyrosine kinases (PTKs) and protein-tyrosine phosphatases (PTPs).

We are interested in the function of PTPs in development and disease. Using biochemical and cell biological approaches, we study PTP-signaling in order to obtain insight into conceptual questions about substrates, regulation, ligands and effectors. Over the years, we established that the proto-typical RPTPalpha is regulated by dimerization, oxidation and phosphorylation.

Zebrafish as a model system

We use the zebrafish to elucidate the role of PTPs and PTKs in early vertebrate development. We found that PTKs Fyn and Yes have an important role in convergence and extension cell movements in zebrafish gastrulation. These PTKs signal in parallel to non-canonical Wnts, upstream of the small GTPase RhoA. Moreover, we found that the PTP Shp2 is essential for normal convergence and extension cell movements. Expression of Shp2 variants with mutations that were identified in human Noonan or LEOPARD syndrome induced phenotypes that were reminiscent of the symptoms in human patients with these syndromes, including cardiac and craniofacial defects.

PTEN is a tumor suppressor gene that belongs to the PTP superfamily and exhibits lipid phosphatase activity with high selectivity for the 3-position of phosphatidylinositol(3,4,5)trisphosphate. The zebrafish genome encodes two PTEN genes: ptena and ptenb. We isolated null mutants of both PTEN genes and found that adult zebrafish with a single wild type PTEN allele develop hemangiosarcomas, blood-filled clusters of blood vessels with endothelial origin. Double homozygous ptena-/-ptenb-/- mutant embryos are embryonic lethal and display a pleiotropic phenotype, including hyperproliferation of endothelial cells, resulting in hyperbranching of blood vessels. Hematopoiesis is also affected in ptena-/-ptenb-/- mutants. Hematopoietic stem and progenitor cells (HSPCs) hyperproliferate and arrest during differentiation in embryos lacking functional PTEN, resulting in enhanced numbers of blood cell progenitors, but no mature blood cells.

We and others have shown that PTPs are tightly regulated by oxidation. Zebrafish have the capacity to regenerate organs and body parts. Amputation of the caudal fin leads to rapid, transient production of reactive oxygen species, which is required for epimorphic regeneration. Recently, we demonstrated that PTPs are differentially oxidized in response to caudal fin amputation. Moreover, there is a differential requirement for PTPs during regeneration, in that mutant zebrafish embryos lacking Shp2 or pten do not regenerate, whereas RPTPalpha is dispensable for regeneration.

In parallel to the research line above, a second line of research was developed in the den Hertog lab over the years, aimed at identification of biologically active molecules. Due to an ageing world population, globalization and drug resistance, there is a constant need for new and more effective drugs. The number of drugs that are being used in the clinic is limited and the number of biologically active molecules in these drugs is only ~1,500. The goal of this project is to identify novel chemical scaffolds with biological activity that may provide the starting point for the development of new drugs. Fungi are well-known for the production of a wide variety of secondary metabolites with biological activity. Commonly used drugs, including penicillin, cyclosporin and lovastatin all originate from fungi. Continuous discovery of novel compounds from fungi proves that the fungal kingdom as a source of new compounds is far from depleted. We have generated a library of crude growth media from >10,000 fungal species in collaboration with the Westerdijk Fungal Biodiversity Institute. These growth media contain the secreted secondary metabolites from these fungi. We have assessed biological activity of these fungal filtrates using zebrafish embryogenesis as read-out. Following incubation from 6 hpf onwards, 1,535 fungal secondary metabolites induced morphological abnormalities at 2 dpf, varying from an undulating notochord to pigmentation, heart and tail defects, amongst others. Fungal strains were selected based on the phenotype they induced and in collaboration with the chemistry department at Utrecht University, we have set up a pipeline to identify bioactive compounds by activity-guided purification using HPLC. Purified active compounds were identified using LCMS, UV-Vis spectrometry, high resolution mass spectrometry and NMR. We have established the biological activity in zebrafish of more than 60 known fungal metabolites and we identified several bioactive metabolites that have not been described before.

Pivotal role of Pten in the balance between proliferation and differentiation of hematopoietic stem cells in zebrafish.

Berkchaetoazaphilone B has antimicrobial activity and affects energy metabolism

Celebrating 100 years of Developmental Biology at the Hubrecht Institute

Tumor Suppressors in Zebrafish: From TP53 to PTEN and Beyond

Pten function in zebrafish: Anything but a fish story

A Unified Nomenclature and Amino Acid Numbering for Human PTEN

Mutant PTEN in cancer: worse than nothing

Distinct and overlapping functions of ptpn11 genes in zebrafish development

Zebrafish as a model to study PTPs during development

Reciprocal regulation of RPTPalpha and Src

Assessment of PTEN tumor suppressor activity in nonmammalian models: the year of the yeast

The novel gene asb11: a regulator of the size of the neural progenitor compartment

Regulation of protein phosphatases in disease and behaviour

Heparan sulfate 6-O-sulfotransferase is essential for muscle development in Zebrafish.

Expression of receptor protein-tyrosine phosphatase alpha, sigma and LAR during development of the zebrafish embryo

Phosphorylation of receptor protein-tyrosine phosphatase alpha on Tyr789, a binding site for the SH3-SH2-SH3 adaptor protein GRB-2 in vivo

Jeroen den Hertog is group leader and managing director at the Hubrecht Institute and professor of Molecular Developmental Zoology at Leiden University. The Den Hertog group uses the zebrafish as a model system. They investigate the function of protein-tyrosine phosphatases (PTPs). PTP-signaling has an important role in many biological processes, including cell proliferation, migration and transformation. The Den Hertog group studies the regulation, substrates, ligands and effectors in PTP-signaling using biochemical, molecular and cell biological, and genetic approaches during zebrafish development and regeneration of the caudal fin. 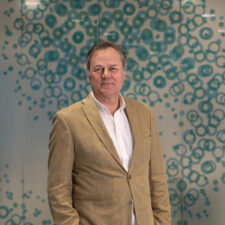 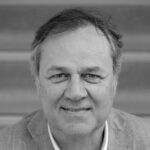 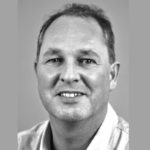 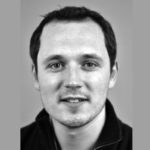 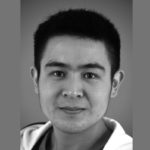 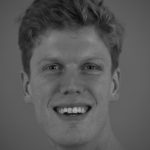