Three children born with a congenital developmental syndrome were found to be carriers for mutations on a remarkable gene, namely a gene coding for a histone protein. Histones can be compared to spools around which the DNA fiber is wrapped to be stored in the cellular nucleus. Numerous mutations have already been linked to developmental syndromes. This is however the first time that a mutation in histone gene is linked to a developmental syndrome. The results from this joint study by Federico Tessadori and Jeroen Bakkers (Hubrecht Institute) in collaboration with the group of Gijs van Haaften (UMC Utrecht) and the Great Ormond Hospital (London, UK) is published in Nature Genetics on September 18th.

A single cell contains about 2 meters of DNA fiber, which are orderly wrapped around histones in the cell nucleus. These histones are essential for conservation, transcription and duplication of genomic information coded on the DNA fiber. The mutations described in the work by Tessadori et al. occur on a gene encoding one of these histones: HIST1H4C. Due to this, DNA storage and transcription are hindered. This was found to be the cause for a complex developmental syndrome consisting of defective growth, microcephaly and mental retardation. 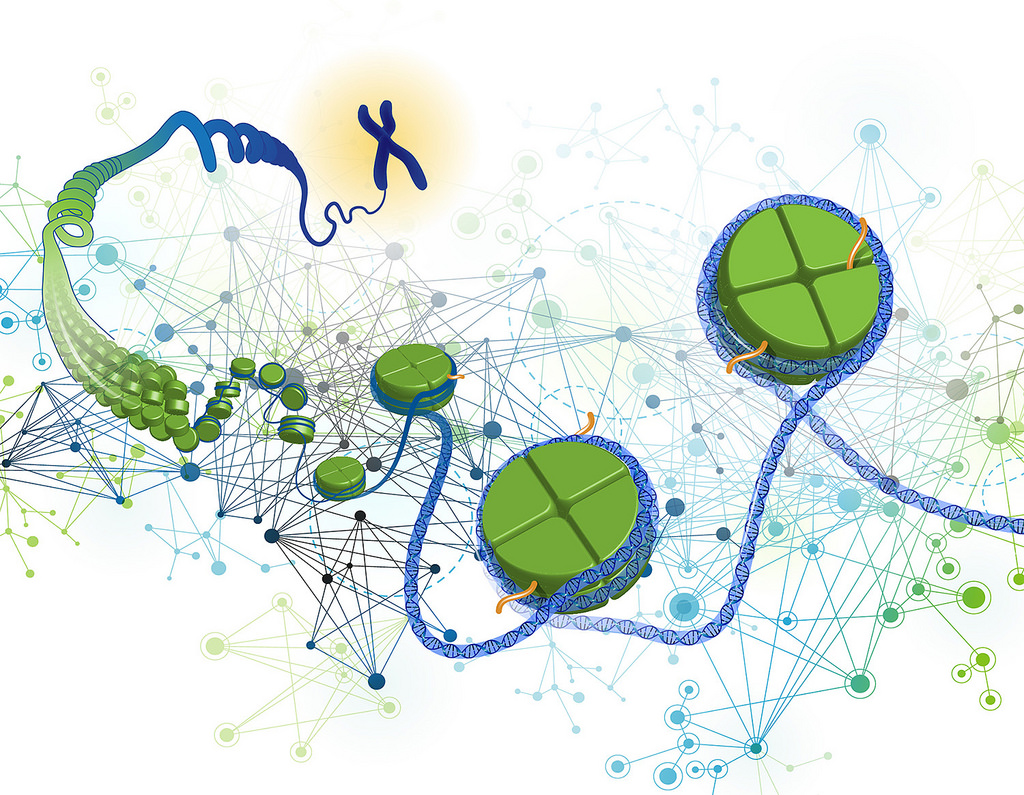 Zebrafish
One of the patients pertaining to this study was followed at the Genetics Department of UMC Utrecht. Her DNA was sequenced by whole exome sequencing (WES). Data analysis revealed a novel, single mutation in HIST1H4C. The study shows that an older sister of this patient, who died 11 days after birth, also carried the mutation. Via Genematcher the authors could include a third patient from the UK that presented with similar symptomes, caused by a mutation also affecting HIST1H4C in a similar manner. To prove that this mutation was causative for the observed syndrome, functional assays were carried out in zebrafish, which accurately recapitulated the developmental defects observed in the patients.  Prof. Dr. Jeroen Bakkers (Hubrecht Institute): “Zebrafish are an excellent model for research on developmental syndromes. At the genomic level, humans and zebrafish share about 80% of their genes. The zebrafish is an excellent model to study embryonic development.” 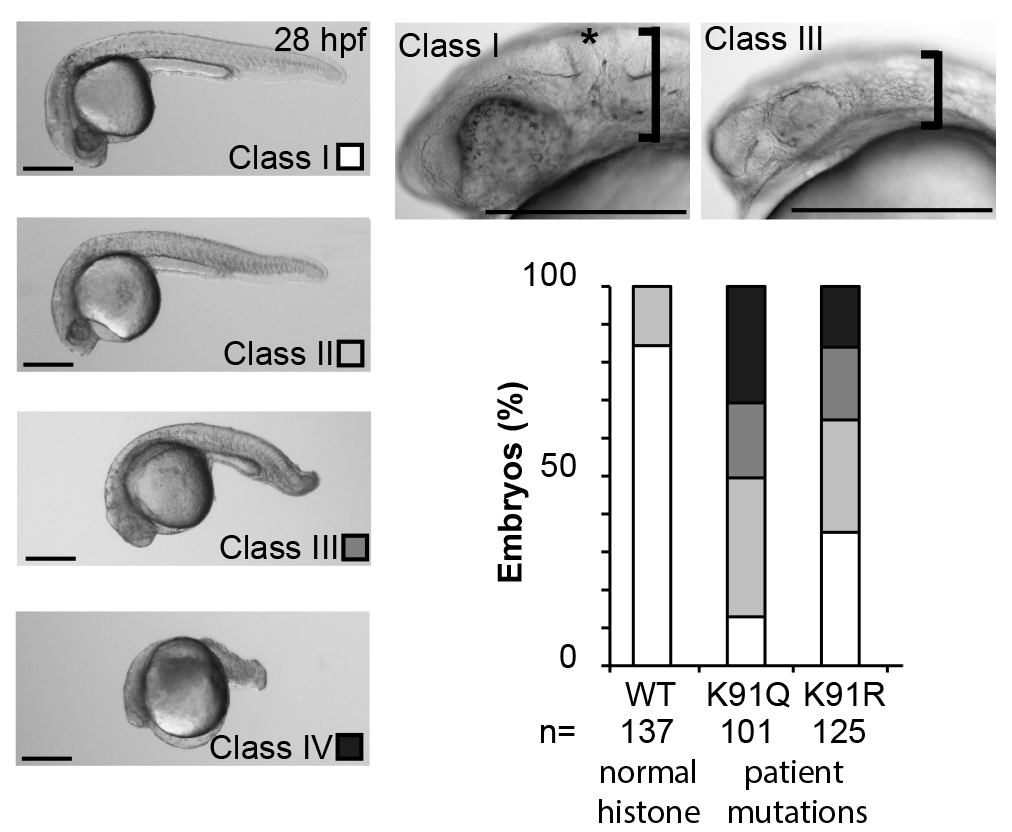 A remarkable histone modification
The mutations described in the study affect an amino acid in the core region of the histone, Lysine 91. This amino acid can be modified, in the same way as the better-known modifications of amino acids in the histone N-tail. Such modifications of Lysines, including acetylation, methylation or ubiquitination, confer specific properties to the local genomic environment. This influences cellular processes such as DNA duplication, transcription and repair. Through expression of the histone mutants in zebrafish larvae and monitoring of the ensuing developmental defects, the study establishes a previously unappreciated role for the ubiquitination of Lysine 91 in HIST1H4C in maintaining genomic stability during early embryonic development.

Quicker diagnostics
Dr. Gijs van Haaften (UMC Utrecht): “This study shows that mutations affecting histones can cause genomic instability, which results in increased cellular death and anomalies during embryonic development.” Clinical geneticist Dr. Jacques Giltay (UMC Utrecht): “When we detect this histone gene mutation in a patient with a developmental disorder, then we can pinpoint it as the cause of the disorder. This finding therefore contributes to a quicker and better diagnosis of children with for instance mental retardation. It’s important for them and their parents that they receive the right treatments.” 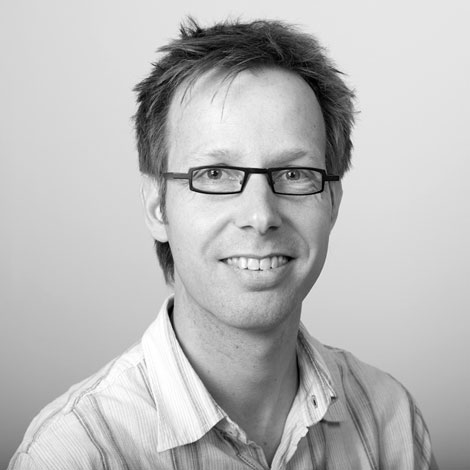 Prof. dr. Jeroen Bakkers is group leader at the Hubrecht Institute (KNAW) and professor of Molecular Cardiogenetics at the University Medical Center Utrecht.