Scientists at the Hubrecht Institute have shown  that both the local organization of the genome and the sensitivity of genetic switches, ensure that Hox-genes are activated in the embryo. The research is published today, ahead of print, on the website of Genes & Development.

The team  first found that the Wnt protein is the trigger for Hox-activation. They then examined how the Wnt-signal could cause Hox-activation. To study this process in detail, they made stem cell lines (‘epiblast stem cell” lines) derived from embryos that were so young that they had not yet activated their Hox-genes. It became clear that the genomic landscape of the Hox1-side of the cluster in these cells was already completely organized in an activation-mode. Before the time Hox1 is activated, the gene is already in close contact with all potential enhancers,  sort of switches in the DNA. 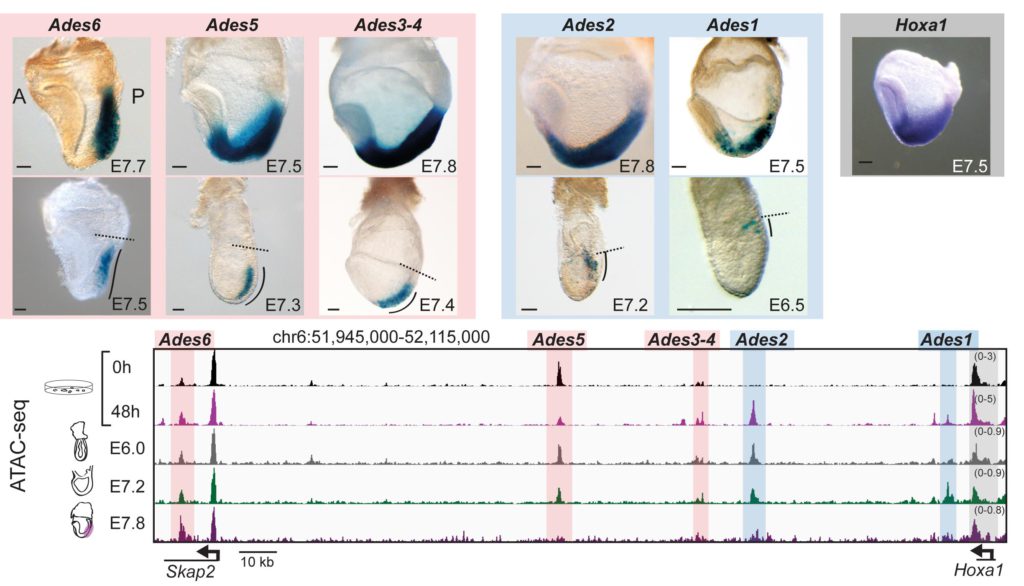 When the Wnt-signal then enters the cell, a series of enhancers is directly made available and then activated. The consequence is that Hox1, the beginning of the cluster, becomes active. The rest of the genes gradually follow automatically. Although there are also potential switches on the Hox13-side, they appear not to be sensitive for incoming Wnt-signals. Thus, there is an obvious polarity.

The results of the study show a complex strategy whereby gene activity is strictly directed during embryonic development. There are multiple layers of regulation: genomic architecture, DNA accessibility, and then the activation of enhancers by a signal protein. The findings are not only valuable to better understand embryonic development. Knowing more about concepts and strategies in gene-activation, and what can go wrong there, is also essential for understanding more about the development of cancer.